A driver’s license can be suspended in Iowa for the following reasons: habitual recklessness or negligence (having a combination of three or more moving violations and accidents or contributing to three or more accidents in a year), habitual violator (three or more moving convictions in a year or contributing to three or more accidents in a year), failure to pass required examinations, violation of a restricted license, juvenile delinquencies for violating drug or alcohol laws, failure to pay a fine, surcharge, or court costs from a ticket, conviction for excessive speeding, unlawfully passing a school bus, traffic violations contributing to a fatality, or an arresting officer or court stating an unusually serious violation occurred, failure of a minor to attend school, failure to pay child support, and failure to pay debts to the state. A conviction for driving while suspended in Iowa is a simple misdemeanor, which carries a minimum fine of $250 and a maximum fine of $1,500 and carries up to thirty (30) days in jail.

A driver’s license can be revoked in Iowa for the following reasons: manslaughter resulting from driving a motor vehicle, using a motor vehicle to commit a felony, failure to stop and give aid at the scene of a personal injury or fatal accident in which the driver was involved, lying about the registration or operation of a motor vehicle, eluding a marked police vehicle driven by a uniformed officer with lights and sirens on while speeding 25 mph or more above the posted speed limit, driving a motor vehicle while under the influence of an alcoholic beverage, drug, or a combination of both, refusing to take a breath test upon request by a police officer, having a breath test of .08 or more, a second conviction for reckless driving, drag racing, and certain types of drug convictions for adults or drug delinquencies for minors. A conviction for driving while revoked is a serious misdemeanor, which carries a minimum fine of $1000 and a maximum fine of $1875 and carries up to one (1) year in jail.

A driver’s license can be barred in Iowa for three or more violations of the following in a six-year period: perjury or making a false statement under oath to the Department of Public Safety, driving while under suspension, driving while under a drug or alcohol revocation, driving while barred, driving while under the influence of alcohol or drug or having a breath test of .08 or more, an offense punishable as a felony under motor vehicle laws or any felony in which a motor vehicle was used, failure to stop and leave information or to render aid for accidents, eluding the police, serous injury caused by operation of a motor vehicle, and manslaughter resulting from operation of a motor vehicle. In addition, a driver’s license can be barred if the person is convicted of six or more moving violations in two years. A conviction for driving while barred is an aggravated misdemeanor, which carries a minimum fine of $625 and a maximum fine of $6,250 and carries up to two (2) years in prison.

Text "Lawyer" to 21000
to receive information about your legal options with Puryear Law.

If charged with a driving offense in Iowa, it is important to obtain the driving record and consult with an attorney. Some but not all counties in Iowa have license reinstatement programs, which can help the driver get on a payment plan for unpaid fines and ultimately receive a temporary restricted license or work permit, if eligible, and in many cases a favorable disposition of the criminal charge.

Legal Representation in Iowa or Illinois

See our Consultation Options to get the legal representation you need. Consultations can be scheduled online, 24 hours a day, 7 days a week.

Map and Directions to Puryear Law

Click the map shown below for turn-by-turn directions to Puryear Law's office. 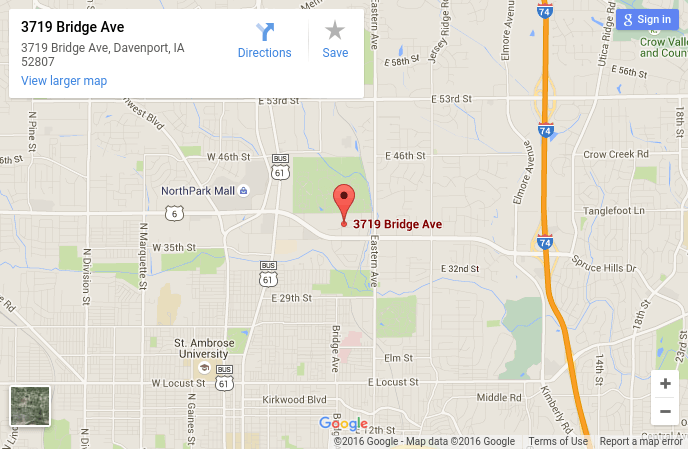 Schedule your free consultation today.
At Puryear Law, our lawyers are experienced at handling OWI and traffic cases in Iowa.

Traffic and OWI convictions can have a significant impact upon a person's driver's license and insurance rates, and can even lead to jail time in many cases. At Puryear Law, we recognize the importance of properly handling traffic and OWI matters in Iowa.